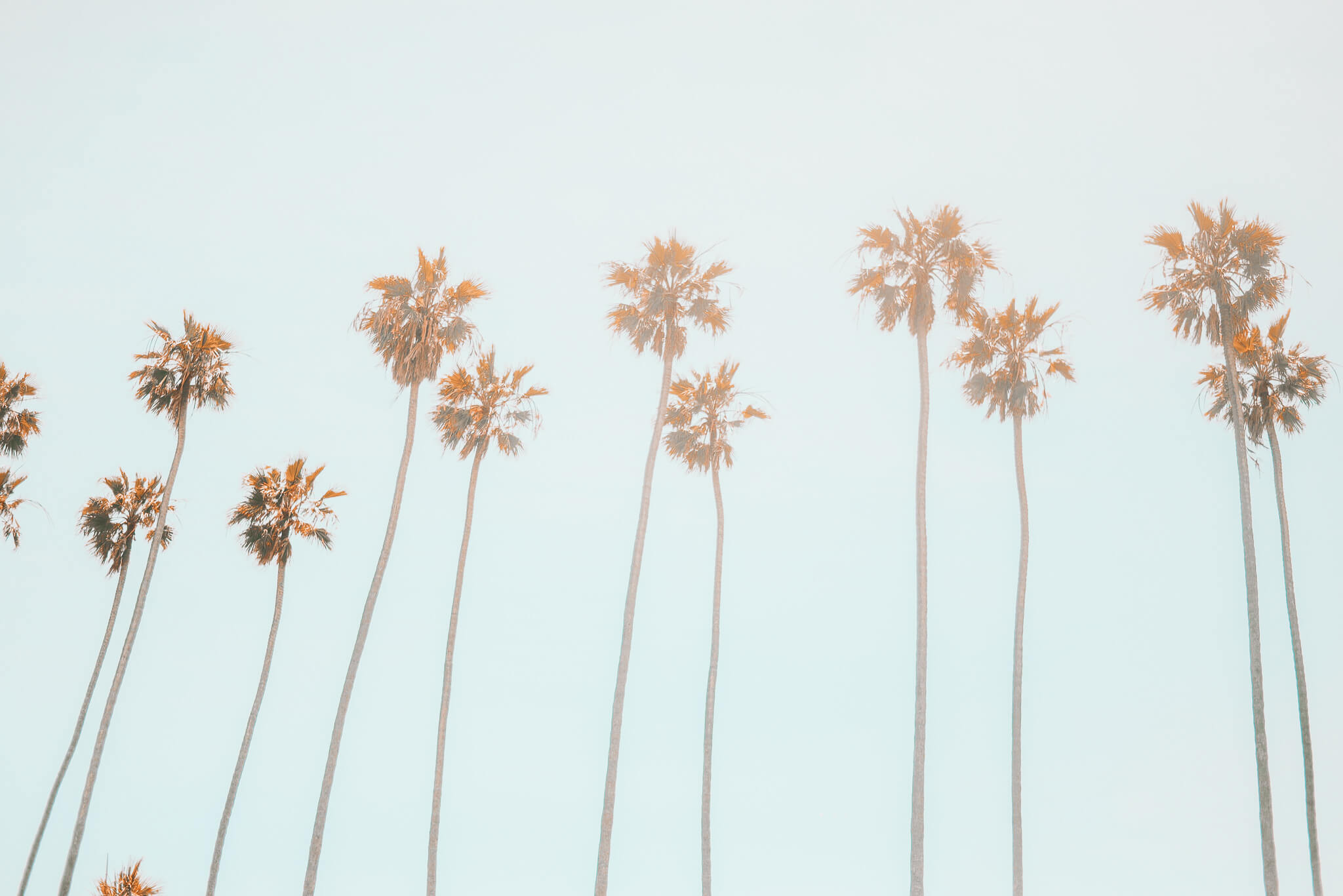 The Law of Because

How to use one word to increase your conversions

I'm a b*tch when I'm hungry and even worse when I'm tired. And ya know what puts me in ultra b*tch mode? Airports….

Almost a year ago, I took an epic trip to Mongolia….don’t worry I’m not about to #travelgram you into oblivion, and really, the destination doesn’t matter anyway. Because travelling—travelling internationally especially—is basically never going to put me in the most agreeable place.

But even in that most egregiously un-agreeable state I was in, I found myself being convinced to help out a stranger.

Now, before I hop into my story here it’s important to understand that when you run a business, no one owes you anything. I know, shocker. But especially when it comes to getting a conversion—be it a sale, an email address, a click….it’s your job to coach their decision.

Ok keep that in your back pocket we’ll be reviewing later…onto my story.

I was travelling home from Mongolia, which meant almost 48 hours of airplane food and little sleep. So, as you can imagine, by hour 32 (ish) of that trip, I started to resemble Joe Pesci in Casino.

In short, I was not approachable. If someone had even looked at me sideways, I woulda snapped faster than...well...Joe Pesci in Casino.

So, what happened next was, in retrospect, shocking….I'd just made it back to US, through the insanity of customs, across 4 miles of airport hallway, and to my second long-ass security line where we inched along at glacial pace. And then, in the midst of TSA madness, a woman approached me and said:

"Excuse me. May I cut in front of you, because I have a flight in less than 30 minutes and I will miss it otherwise."

Almost without thinking, I said, "Sure!"...I was almost gleeful about it! (What happened to the Pesci-Me?!)

I let her by and watched this same woman move her way forward—doing the same thing to other people in line. No one even hesitated—did I mention this was a TSA line?

Now, a cynical person might say she just chose the right people to ask. But, given my depleted, beyond-grouchy state AND the fact that she pulled it off multiple times, I think there's more to the story.

LET’S BREAK DOWN WHY THIS WORKED, SHALL WE?

There’s every reason in the world this should not have worked. Much like a potential client or sales prospect I owed this woman nothing. And not just me…all of the other people in that line didn’t owe this woman a thing.

So, what was it specifically about her statement that worked AKA—how did she coach us all to make a decision and make it in her favor?

A LITTLE SOMETHING I’VE DUBBED “THE LAW OF BECAUSE”.

Now, this is far from an original theory. Though I did give it that fun name, credit actually belongs to a Harvard research team led by Ellen Langer who studied this phenomenon in her famous 1977  Xerox study. In her study, she tested what would make people most likely to allow someone to cut in line at the Xerox machine.

To do that, she had a volunteer ask participants to allow them to cut in line. The volunteer used one of three specifically worded requests and they tested which one most often resulted in the volunteer being allowed to cut. The requests were:

The results?  Version 3 resulted in a 93% success rate, Version 2 was slightly more successful at 94% and Version 1 was by far the least successful at 60%.

So as much as I'd like to say I let that woman cut because I'm just a kind-soul, the truth is probably that I (and a whole bunch of other people in that line) was psychology triggered to do so.

So, here’s the takeaway:

What’s more, that little word “because” does something that is at the heart of every sales conversation or piece conversion copy. It breaks up one of the most powerful forces driving human behavior—inertia. And it effectively jolts people out of their zombie-like state into taking an action.

Remember how I said it’s your job to coach the decision? You can do that using this bit of psychology. As Robert Cialidini says in his book Influence: “people simply like to have reasons for what they do.” It’s our job to give them one.

SO, HOW DO WE USE “THE LAW OF BECAUSE” TO INCREASE CONVERSIONS?

By now, you’re probably like “OK cool…but how in the Sam Hill can I actually apply this to my business?”

To which I would answer, there are innumerable ways, as long you understand that the purpose of “The Law of Because” is to fight against your prospect’s instinct to maintain the status quo and—as always—that you use this tool for good.

Here are some ways that I’ve personally seen “The Law of Because” close a sale, inspire an action, and increase conversions.

1. Got a sales call? Try ending it with something like this:
"If you want to join this course, be sure to let me know by Tuesday, because spots are filling up fast, and I'd love you to be a part of it."

2. Overdue invoice you need paid, like, yesterday? Try this:
”I'll need this invoice paid by Thursday, because I've got to pay my bills."

3. That last email in a promo sequence? Sneak this line in there:

“Register with this link by tonight, because the opportunity won’t be here for much longer.”

One little word. That's all it takes. 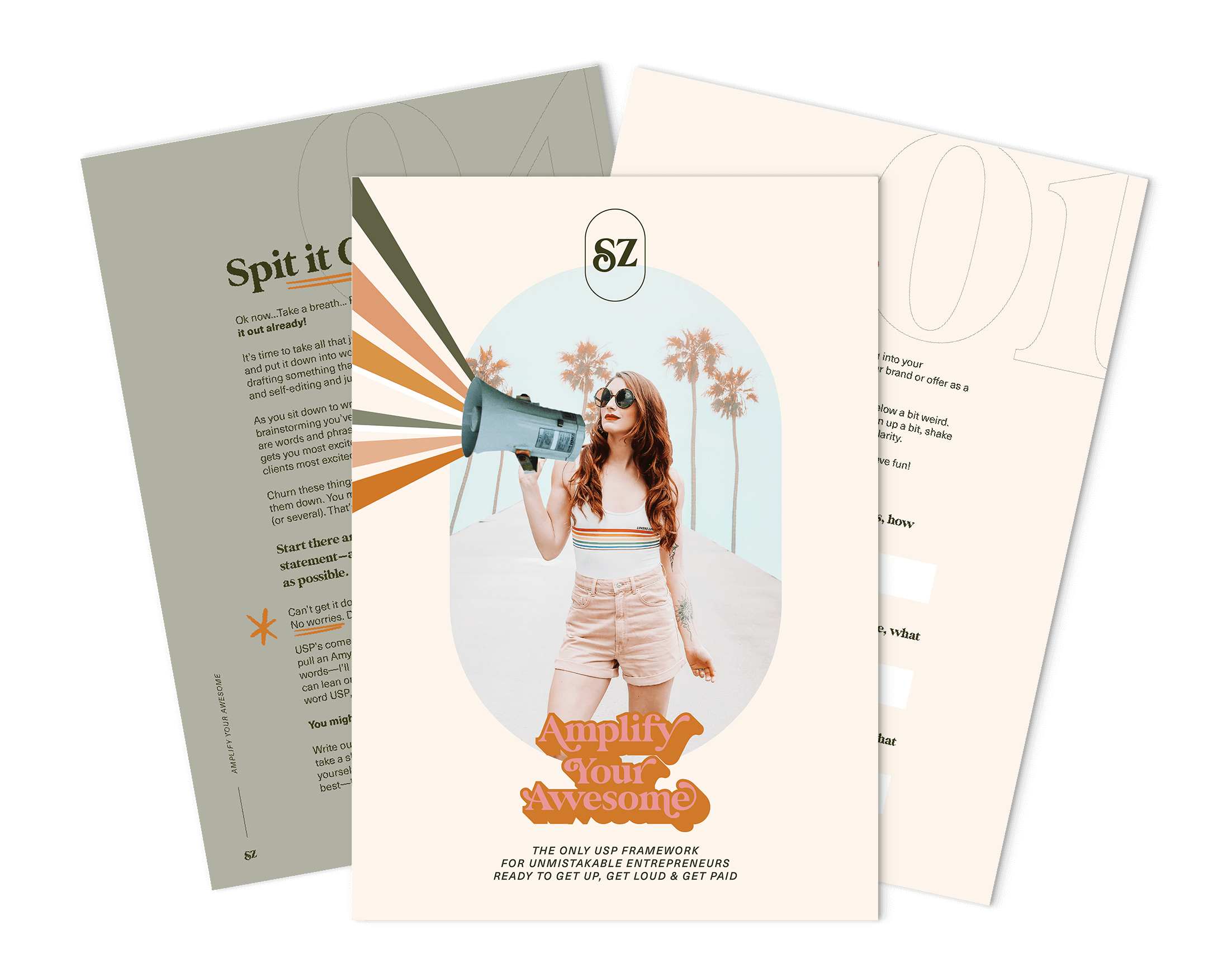 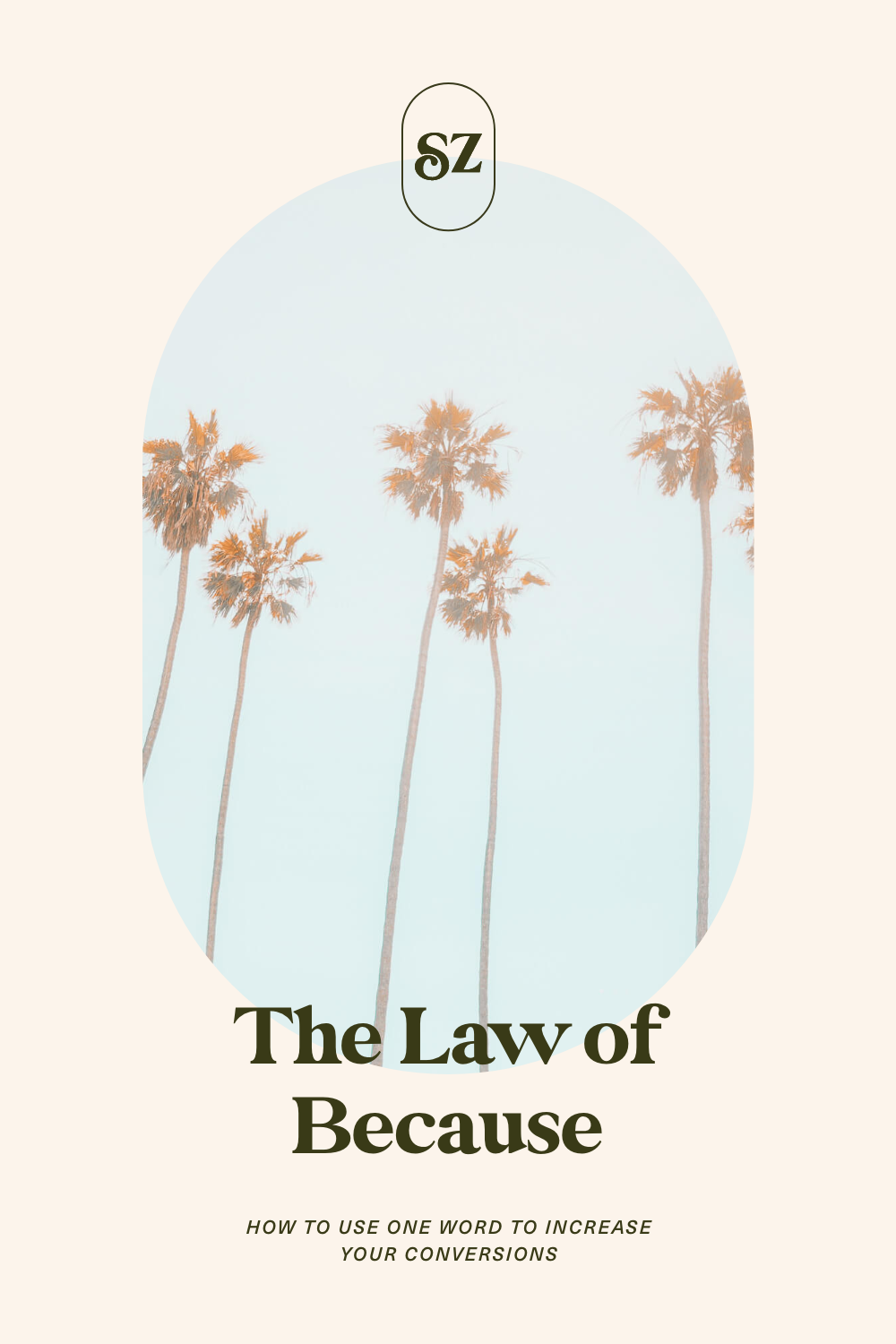